This week we got two presentations from our peers. Which is a really good way to get inspired and introduced to new games. Since we still have about video-games, I thought I could talk about another game. The sims is a game I’ve also played since I was little, in the previous post you probably saw that I talked about Diablo. So, in other words the games I usually played was Diablo and The sims. And of course there was other games as well, but these were my go to games. 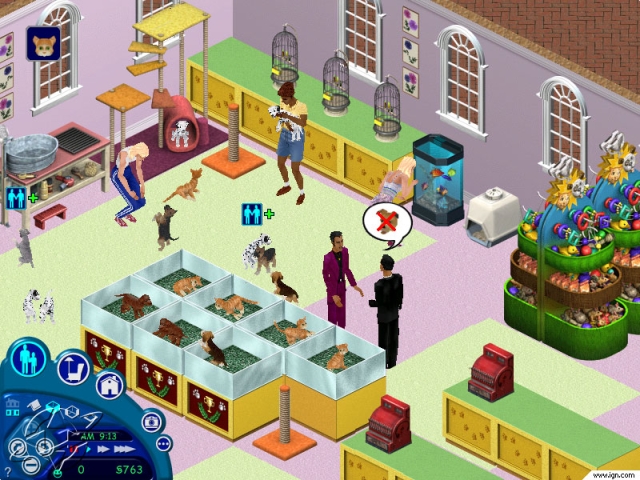 What I think is really fascinating is to see how this game has evolved, you’ve gone from almost stick looking like people to sims that look like actual real human beings. T

What I really enjoy about this game, is that it’s a free world. You can do about anything, build/design houses the way you want and make sim-people the way you want. And in the newest sims, you can do much more than in the previous games. Which is kind of obvious, because technology has become more advanced over the last years.

What is Sims, you ask? Sims is a life simulation game. You don’t have any missions or anything, and you can play it forever, unless you turn on the aging button. But there’s no fun in having a sim that lives forever, to be honest. When you start playing, the first thing you do is to create a sim. When making a sim, you decide how she/he is going to look like and personalty traits. You can decide if you want your sim to be grumpy, loving, neat, messy or smart. There are so many options! You can choose eye color, hair, skin tone, nose shape, freckles/moles, lip shape and much more! In sims 4, they created something new, which was that you could pull and drag in stead of using buttons. So, if you wanted your sim to have a large chin or nose, you can pull or drag the way you wanted. After you’ve created the sim, your sim needs a place to live. You can either buy a lot or move in to a house that’s already done. I personally prefer to buy a lot, and build the house the way I want it. Here you can use your imagination!

In the game you basically have to fulfill your sims needs, in order for them to be happy. They have goals that they want to achieve, and wishes. If you fulfill your sims goals or wishes you get points. And with these points you can unlock different items, that does not exist in the regular inventory (where you purchase stuff).
In the game you can meet other sims in the neighborhood, and develop friendships or romance. When developing a romance with another sim, you can get married and start a family. The exciting part is to see how the baby looks, because he/she will look like a mixture of both.

In other words, I recommend this game if you want to live your life in a game. It’s like your a part of the universe, when you play it. lol

Hope you enjoyed this blog post! I’ll be back next week or so:)

#NetNarr Video of the Week